Happy Birthday to my baby boy! 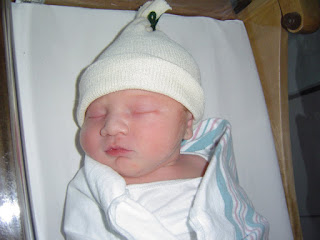 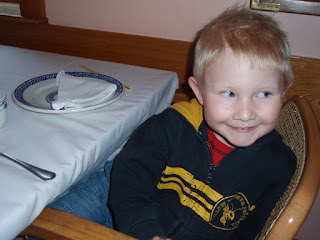 Today Son turns 4 years old! How did that happen? How did my youngest child get to be a 4 year old? Isn't he supposed to still be a little baby? I guess it doesn't work like that.

I asked him what kind of birthday party he wanted and he said "Martian Alien Monster" party. What the heck does that mean? So I went to the party store and looked around. The closest thing I could find that might fit the bill was a Monster bash party. So I bought a few decorations, napkins, temporary tatoos, etc. and brought them home. I guess I picked the right thing because he loved it and thought it was exactly what he wanted. He requested a strawberry cake with martian green icing and asked daughter to make some games for him like "Pin the goo on the Martian".

So after using a whole bottle of green food coloring I finished his cake. Daughter drew a martian and some goo to pin on it and we've got the decorations up. It's supposed to be over 100 degrees here again today, which could make the wading pools outside a big hit or could make them off limits. The house is air conditioned so we may get lots of people seeking the cool air. Whatever the case I'm sure we'll have a party worthy of a Martian Alien Monster...and a 4 year old boy.