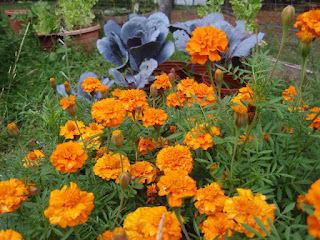 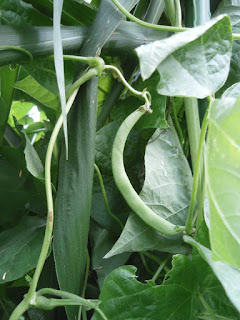 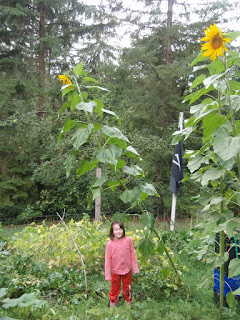 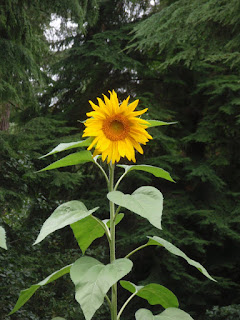 Our 3 sunflower plants are probably 10 feet tall and have just headed. We call one of them the Leaning Flower of Pezzee. :) 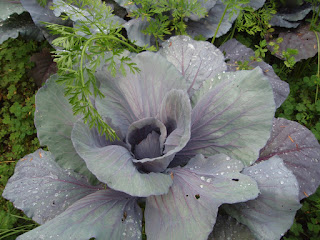 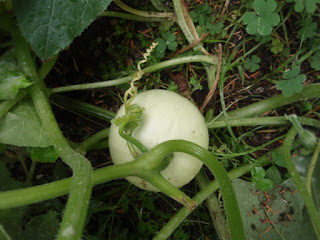 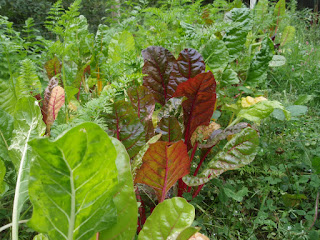 (Ghost Pumpkin, Swiss Chard and Carrots)
Oh, Oh, Oh! I found a handful of RED tomatoes in the garden the other day!!! Didn't think I could do that. The ones in the greenhouse grew huge, but only produced a few small tomatoes. 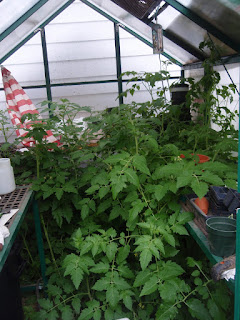 (The jungle in our greenhouse)
I think the insects just didn't go in there, so the flowers never got pollinated.
Overall it's been a great garden year. I haven't bought veggies all summer, which is the goal. I think every year I change what I plant and move things around to a better place. Maybe one day I'll get it just right...maybe not. :)
Posted by Angie H-P at 2:48 PM