A somewhat disappointing year in the garden 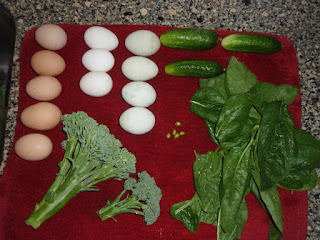 In past years our 1800 square foot garden along with our fruit trees has provided all of the fruits and veggies my family ate (except for bananas, which are a staple around here and something I obviously can't grow in this climate). This year, however, was very disappointing. The weather was uncharacteristically cool almost all summer punctuated by a week here and there of very hot weather. My veggies got very confused by this and did all sorts of strange things.


First, at the very beginning of June my spinach bolted. The weather hadn't reached 70 yet and my spinach decided it was time to flower and go to seed. I pulled up the first batch and replanted another crop. The second crop did much better and was very yummy. I then planted another crop around the middle of august, and that one is just barely coming up now. Maybe it will produce something in the fall if it doesn't get too cold too soon.
Second, my beets bolted! My mother in law, who is an expert gardener, said she'd never seen beets bolt within a single season. A beet is a biennial plant meaning it would flower in it's second summer if you didn't pull it up at the end of its first season to eat the root. These beets were planted in May of this year and shouldn't have been flowering this year. I assume the cold/hot/cold/hot weather of this summer made the beets think they'd lived through a full 15-18 months of life rather than the 3-4 that they really lived. Beets are usually my fool proof plant that will grow and do well no matter what, but I guess that's not the case this year. 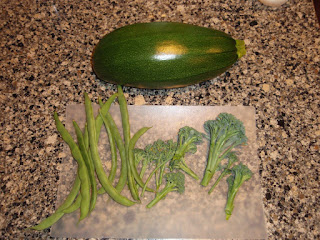 Third, my beans didn't produce anything until well into August of this year. I'm used to getting some green beans by July anyway, and then throughout the rest of the summer until early October. So, I'm expecting the total yield for beans this year to be very low.
Fourth, my corn acted very strangely this year as well. It grew fairly tall and started to put out tassels on top, but then I noticed that the ears hadn't formed at all yet and there were no silks for all of that pollen on the tassels to pollinate. Luckily we had a few days of warm weather in there and a few ears did form. Hopefully the pollen made its way to the silks, but i won't know that until I tear open a few husks and see what's inside.
I guess with any kind of farming or gardening the gardener and the crops are at the mercy of the weather. Any year may be good or bad depending on how much sun and warmth your little plants get. Maybe next year I'll try some row covers or come cloches to warm up the plants even if the weather isn't warm. It's all an experiment; sometimes the experiment works as hoped and sometimes it doesn't.
Posted by Angie H-P at 2:24 PM