I love soup! As you can see from many of my past posts, I make soup quite often. This week I had a huge Costco sized bag of broccoli in my fridge that needed to be used. So I decided to give making broccoli soup a try. I really didn't have an inspiration recipe to start with this time; so I just threw some things in and gave it a shot. The result was so good I'll be making this again and again! I didn't make a creamy version this time, but I think I'll include some coconut milk next time for a nice change. 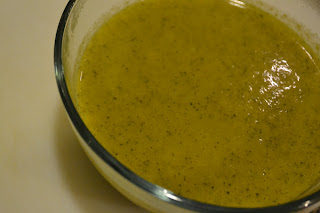 In a saucepan over medium heat, brown onions. In the last minute or so of browning onions, add the garlic and spices and stir to combine. Add chicken broth and broccoli to saucepan, turn heat to low, cover and cook for about 15-20 minutes until broccoli is tender. With an immersion blender or in a blender, blend soup until smooth.
Posted by Angie H-P at 12:09 PM No comments: 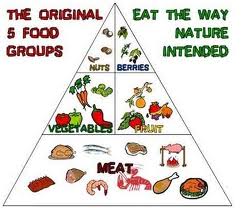 It's been one year since I started following the Paleo/Primal lifestyle! Happy Paleo-versary to me!

The whole thing started off as a 2 week experiment just to see if I could do it and to see how it made me feel. After the 2 weeks I didn't really miss anything I'd cut out of my diet and didn't miss any of the chronic cardio I used to do. So I just kept at it, taking it day by day, week by week always knowing that if I didn't want to continue I could go back to my old way of eating knowing that I gave it a good try.

I found that I loved the food, felt fuller for longer while eating smaller portions and was losing weight without really feeling like I was missing out on anything. If I went to a special event, I'd eat what was served without feeling guilty, because I knew the next day I'd go right back to eating the "real" paleo food I'd been eating before without feeling like I'd "fallen off the wagon". I believe in the 80/20 rule, which states that if you eat food that's good for you 80% of the time, the other 20% of what you eat won't really hurt you. That rule gives me the freedom to choose what I want to eat rather than feeling like I "can't" eat certain foods. I'm also pretty sure that any time I eat food that I don't prepare, whether that's eating out or eating packaged foods, I'm eating things that aren't on my list of "real" foods. But I don't stress about it since I have the 80/20 rule. I also feel pretty crummy after eating non-paleo foods these days. So I've found that my 20% has probably dropped to 5% over the course of the year because I don't really want to eat non-paleo foods. They just don't look very appetizing to me any more, and I'm pretty sure they will make me feel bad later.

I love the fitness regime of the Paleo lifestyle: Walk a lot, lift heavy things and play often. I can do that and have fun at the same time! I still do yoga at the gym, I hike with my friend Kate every week and lift some weights and ride the stationary bike in between. I never really liked those aerobics classes and don't miss them at all! But walking and yoga are an integral part of my life and I can't see myself ever giving that up!

I've enjoyed this paleo journey and don't see myself going back to the Standard American Diet. I feel like I have more energy now and feel like I'm eating real food. I'm having fun coming up with new paleo recipes to eat and share and never feel like I'm missing out on any foods. And to top it all off, I've lost 20 lbs in the past year! I now weigh less than I did in college and can fit into the dress I wore to my Junior Prom! 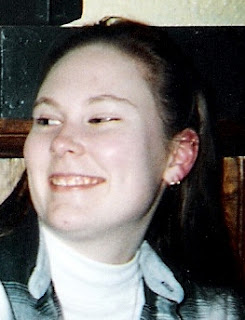 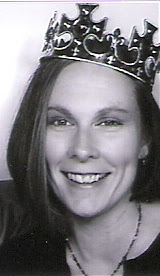 Picture on the left is from college. Picture on right is from a photo booth about a week ago.﻿
﻿


I've been lucky enough to avoid food related illnesses. I've never been diabetic (although I was borderline during my first pregnancy), I've never had high blood pressure, high cholesterol, or high triglycerides and I've never been obese. But I believe the paleo lifestyle has helped me reach the best health I've ever had. I feel fit, and I feel healthy, and I would love others to give Paleo a try! Give it 2 weeks...and you may never go back. ﻿
Posted by Angie H-P at 7:42 PM 2 comments: 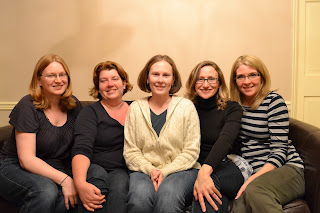 Head on over to Northwest Cavegirls to meet my partners in crime. We are cooking up some yummy paleo/primal treats, posting our weekly meal plans, talking about our exercise routines, reviewing products and places that are paleo friendly, talking about the science and medicine behind the paleo lifestyle,  and much more. You don't want to miss out on a single post!

What would Valentine's Day be without a little chocolate? In my house growing up we would always get one of those heart shaped chocolate sampler boxes on Valentines day from one family member or another.  But now, I want the really good chocolate rather than the cheap stuff in those heart shaped boxes from the grocery store. This year I decided to make dark chocolate covered Bing Cherries in the same manner that I made peanut butter cups for Christmas.

Melt chocolate in a microwave safe bowl for 30 second intervals stirring between each interval until chocolate is melted. Using a candy mold, place a bit of melted dark chocolate in each cup, placed a dried Bing Cherry inside then cover them with more dark chocolate. Pop them in the fridge to harden, then voila, you have Chocolate Covered Cherries for Valentine's Day! Enjoy. 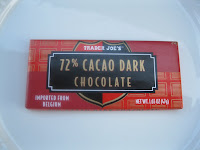 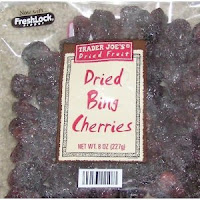 I love my Almond Flour Pancake recipe. But when Sunday morning arrived,  I went to the pantry to gather my ingredients to make pancakes only to find I was out of Almond Flour! What do you make pancakes from when you're out of almond flour, you ask? Why, Coconut flour of course!

Now, coconut flour is an entirely different beast from Almond Flour or regular wheat flour, for that matter. Coconut flour is very thirsty and requires a large amount of liquid to have the right consistency and not be too dry. But once you understand the liquid to dry ratio you need, coconut flour can be a very tasty and cost effective flour for Paleo/Primal baking.

What are the benefits of coconut flour? Well, I'm glad you asked!

Every Sunday we have a family breakfast together that is a little more special that those of the rest of the week. This morning I decided to make some Scones. I started with a biscuit recipe then altered it to make it Paleo and to make it more scone-like. The result was a bit crumbly like a scone should be but very flavorful and yummy topped with jam and coconut cream. The girl ate 3 of them! Enjoy! 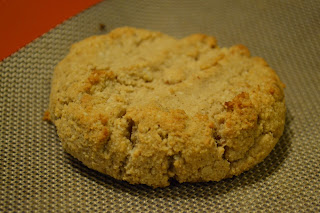 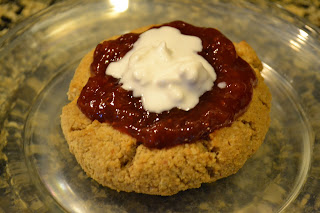 Preheat oven to 350F and line a cookie sheet with silpat or parchment paper. With your hands (yes you're going to get messy, but that's ok!) take a small hanfull of dough and roll into a ball. Place this on the lined cookie sheet and gently press into a flat disc about 3 inches in diameter and about an inch thick. Place about 6 scones on each cookie sheet then bake for about 20-25 minutes until tops start to get browned. Remove from oven and let sit for about 5 minutes to let them firm up a bit before handling. Top with anything you like! The kids ate theirs with jam and coconut cream while I ate mine with sliced banana and coconut cream. Yum!

Imags From Around My Yard

It was a bright sunny day yesterday! Yay! Since we don't get too many of those in the winter here in the Pacific Northwest, I took my camera outside to see what I could see. Everything looks different when the sun is shining, and sometimes that makes it more difficult to get the photo. Luckily I'm taking a photography class later this weekend, so hopefully I'll learn how to get the shots in any lighting situation. Check back in the next few weeks to see how my photography skills have progressed. :)

In the mean time, take a look at what I saw in the bright sunny PNW afternoon in my yard. 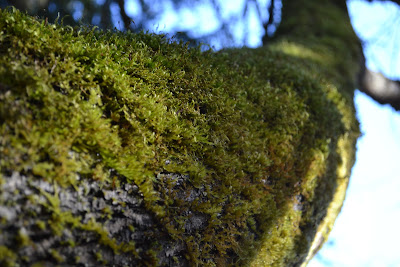 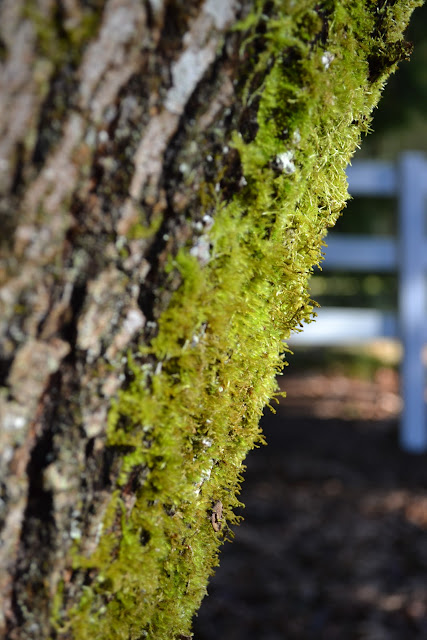 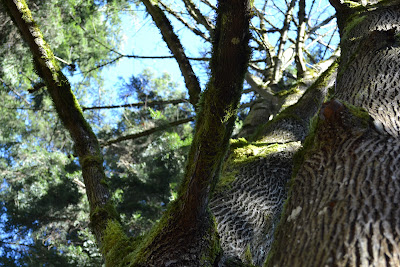 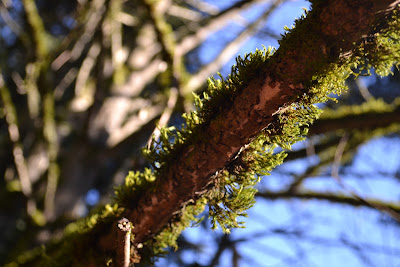 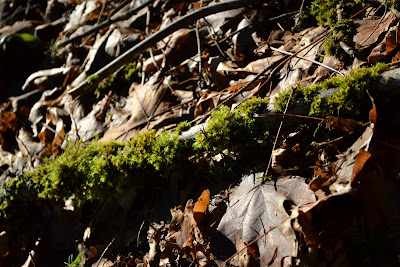 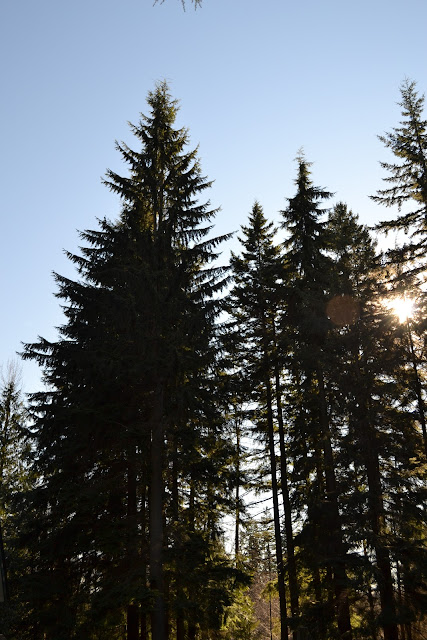 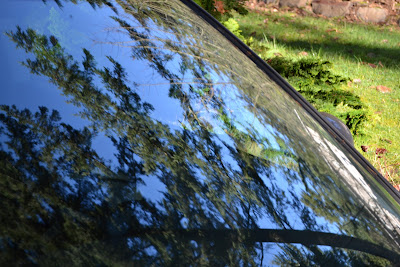 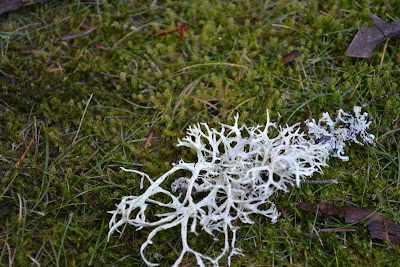 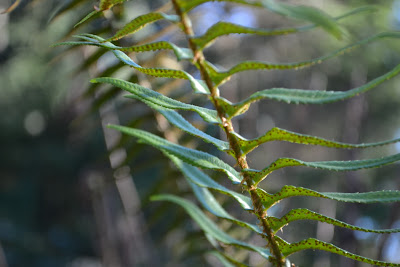 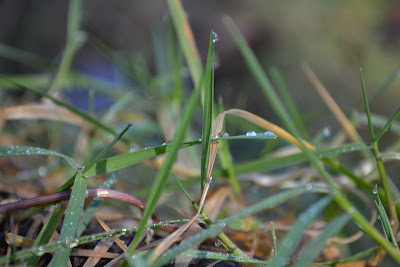 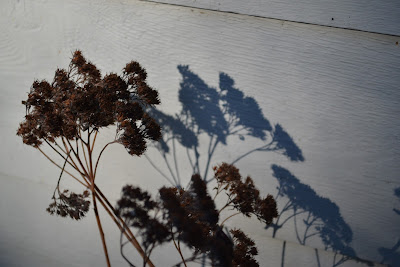 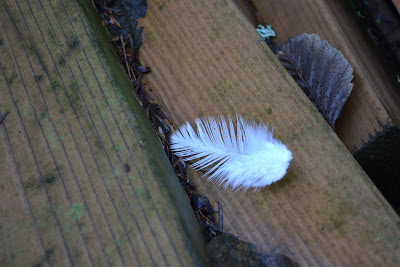 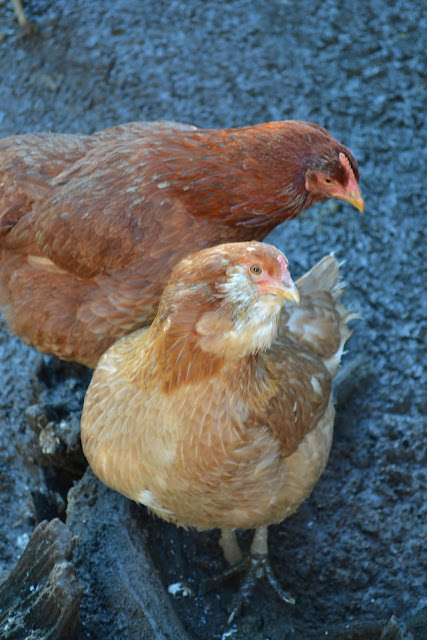 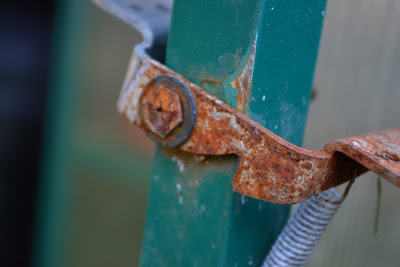 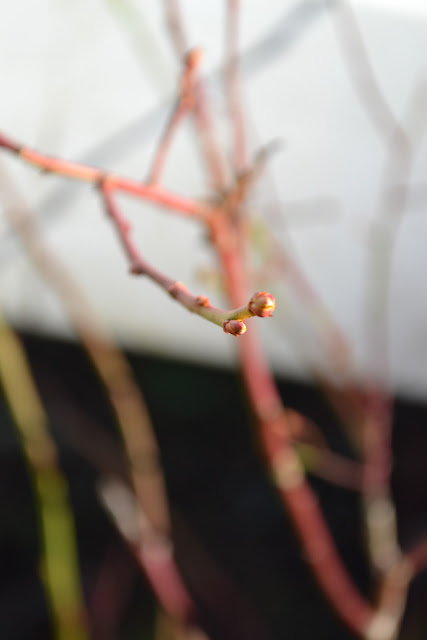 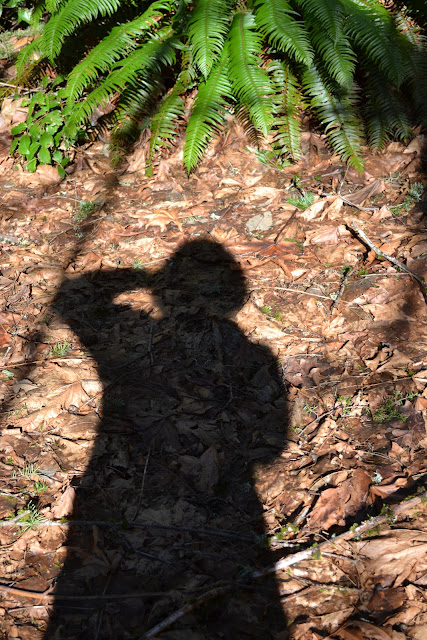