A few weekends ago after a hard day of playing outside we decided to go to PCC Market for dinner, which turned into eating dessert instead of dinner. But that happens sometimes. Lucky for me PCC has a great selection of Paleo foods in general, but their pre-made dessert section had several paleo baked goods to choose from. The ones that caught my eye were the Hail Merry Miracle Tarts. These came in several flavors: Key Lime, Meyer Lemon, Chocolate Mint, Chocolate and Raw Almond Chocolate. The packaging says they are all Gluten Free, Dairy Free and Vegan! 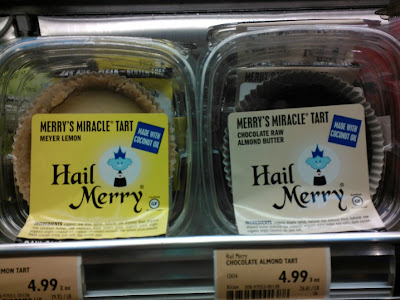 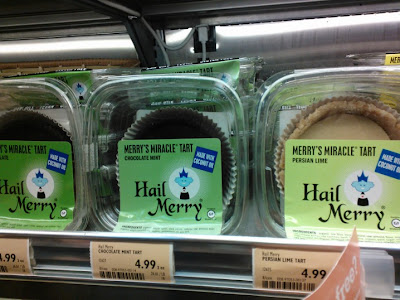 I chose the Hail Merry Chocolate to go along with my chai latte made with coconut milk. (I ate it all before I thought to take a picture!) 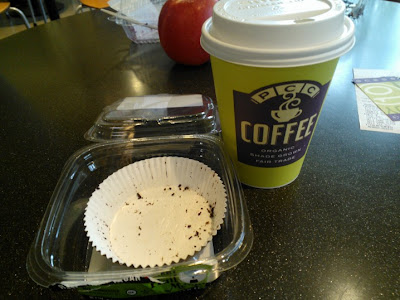 Although the ingredient list consists of only Organic Maple Syrup, Dark Cocoa, raw almond flour, organic virgin coconut oil and sea salt, they have a very rich, creamy, decadent flavor. They were a bit pricy at nearly $5 for a small tart, but it was quite filling and yummy. I'll definitely have one the next time we decide to stop at PCC!