I'm a bit lazy in the morning. If I don't have something already made, I tend to eat fruit or nuts for breakfast then eat something more substantial for an early lunch. I love hot cereal for breakfast but can't bring myself to drag out the food processor to make that happen every day. If I've made a big batch over the weekend, then that's awesome, but otherwise, I'm not motivated enough to make it on a weekday morning.

The other day, I really wanted porridge for breakfast on a weekday so I decided to try an easier preparation method to see how it worked. Rather than putting everything into the food processor, I just chopped it up a bit and threw it in to the pot. Turns out, porridge is just as yummy when it's chunky! I will probably stick with this method from here on out, and maybe use the stick blender on the whole pot when it's finished cooking if I want a smooth version. If I had to guess I'd say the whole pot took me about 20 minutes to make start to finish including the chopping. I can usually swing 20 minutes on a weekday morning! 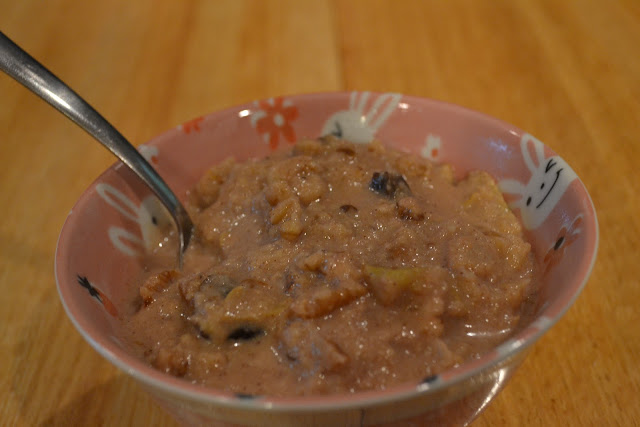 In a saucepan melt coconut and saute apples until soft. Add all other ingredients and cook stirring often until everything is warmed through and starting to bubble. Serve immediately or use a stick blender to puree porridge before serving. (I like mine both ways) 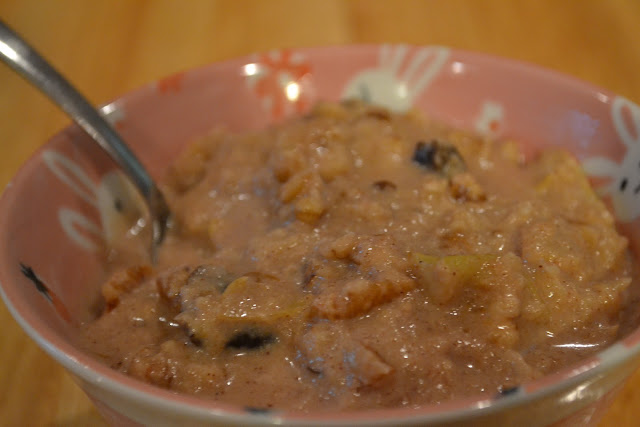