I've been testing out Gluten, dairy and nut free Dutch oven recipes for my local Girl Scout Day Camp. One of the most popular recipes is Dump cake, which consists of canned pie filling and boxed cake mix. In recreating this recipe, I stuck with the pie filling, finding ones that are gluten free, but nixed the boxed cake mix in favor of one I created myself. The result was good enough to serve tonight at a dinner party! Even though, it's a recipe easy enough to make at camp, it's tasty enough to serve to company. Give it a try on your next camping trip...or at your next dinner party.
﻿ 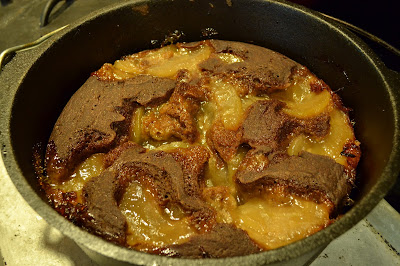 In a Dutch oven or a deep pie dish dump one can of pie filling or 1/2 of fruit. In a separate bowl, mix all other ingredients until well blended. Pour batter over fruit then pour second can of pie filling or second half of fruit over top of the batter. (Cover Dutch oven if using.) Bake in a 350F oven (or use 6 briquettes below and 18 briquettes on lid of Dutch oven) for 45 – 55 minutes or until knife comes out clean from center of cake. 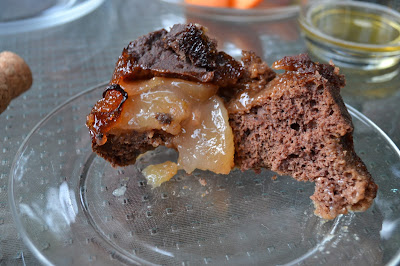